April 8th, 2021 - by Josh Sosland, BakingBusiness.com - In promoting The American Jobs Plan, the Biden administration has used terms like “historic” to characterize the reach of its $2.3 trillion proposal that includes a major updating of the nation’s infrastructure. From the perspective of grain-based foods, the term is apt as well. Seldom has there been a government proposal so consequential to the industry in so many different ways.

Public domestic investment as a share of the economy has fallen 40% since the 1960s, and investment in roads, bridges and ports is long overdue. Roughly 20% of US highways and major roads are in poor condition, and delays attributed to traffic congestion have been estimated to cost more than $160 billion per year. The proposal includes $115 billion for roads and bridges and another $15 billion for inland waterways and ports. Power outages are estimated to exact a cost of $70 billion per year to the US economy, and the administration’s proposal would invest funds to make the electric transmission more resilient.

Grain-based foods groups have welcomed many of these elements of the proposal as long overdue and would welcome expeditious and efficient implementation. Other elements of the proposal have drawn considerable concern. For instance, the proposal seeks to change the rules by which workers could choose to form a labor union, and the plan would raise the corporate tax rate by a third to 28%. When it comes to passing the right infrastructure bill, the stakes for the grain, milling and baking industries are high. 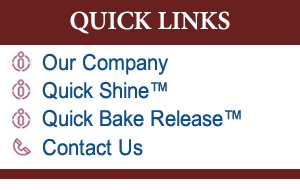